Living in the 21st century, we are surrounded by an abundance of comic book movies and TV shows, with the vast majority of them being pretty good and faithful, but every now and then you get those bad adaptations. The adaptations that just couldn’t do the source material any resemblance of justice and it leaves you disappointed, which is when people say “the comic is better than the movie or TV show.”

The best example of when the comic is better is Joe Hill’s Locke & Key series, which was adapted into a show on Netflix. People who first watched the show liked it, but then there are the fans who read the comics and felt a level of disappointment. The adaptation frankensteined the first half together, as there are six volumes in total, and yanked stuff from the second half, like The Music Box Key and The Black Door and what’s behind it. The first season fused together multiple endings from across the comics: Sam Lesser’s escape from prison and coming to Key House, then dying off; Dodge using The Crown of Shadows to invade the house; Ellie Whedon’s exit; and the reveal of The Black Door and its usage. It was a terrible idea to combine multiple comics together, as the adaptation felt messy and didn’t flow. This is the same company that gave us The Umbrella Academy and has adapted 1 comic per season, which makes the narrative straightforward and easy to follow, which is the better approach as the plot won’t feel overstuffed and do so little at the same time. Season 1 was a disaster, but then we have Season 2, which feels more concentrated on plot and character development than finding a key and seeing what it does.

While Locke & Key had the problem of not being faithful enough to its source material’s narrative with season 1, the same can’t be said about Neil Marshall’s 2019 Hellboy movie. It was too faithful and became the worst comic book movie ever made. It was so bad you could cut out the middle comic, The Wild Hunt, as it served no purpose, so you could do a few rewrites and not miss a beat as the middle issue was just padding for an already bad film’s runtime, so the moral here is to be less faithful since a comic like Hellboy works better as a remix of panels and ideas.

Adapting a comic book into a film or series is a trial-and-error process. Sometimes you’ll nail your adaptation on the first try, like the hit Amazon series, “The Boys.” Marvel was able to take a bad comic and turn it into cinematic gold. I.E., Spider-Man: One More Day for the flick, Spider-Man: No Way Home, and no, there was no Mephisto in that version. It’s rare for an adaptation to fall short of its sometimes award-winning source material, and there are those adaptations that are treated as equals, The Boys being one of them. Another good adaptation is Scott Pilgrim Vs. The World, which managed to take all six volumes, trim the subplots out, and stick to the basic plot of beating seven evil exes.

In this day and age, adaptations need to keep reinventing themselves to stay relevant and successful, even if it means the storyline needs to be weird and unique, like DC’s DOOM Patrol. An adaptation is all in the writing and how it’s written. Take it one comic at a time and see why that comic worked in the first place. 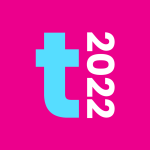